The plan to sell Victoria’s Secret to a private equity firm was mutually terminated on Monday after the buyer, Sycamore Partners, tried to back out of the deal because it said it did not agree with steps the lingerie brand took in response to the coronavirus pandemic.

L Brands, which also owns Bath & Body Works, had agreed in February to sell a majority of Victoria’s Secret to Sycamore Partners for about $525 million. The transaction was expected to close in the second quarter. But as the pandemic forced Victoria’s Secret and many other retailers to temporarily close stores and furlough employees, Sycamore had second thoughts. The firm first tried to renegotiate the purchase, and then filed suit in Delaware to terminate the agreement, claiming L Brands had breached the terms of the deal. L Brands countersued, calling the attempt “invalid.”

In a statement on Monday, Sarah Nash, a director at L Brands and the company’s incoming chairwoman, cited the “extremely challenging business environment” for retailers as part of its decision to put an end to the deal.

“Our board believes that it is in the best interests of the company, our stockholders and our associates to focus our efforts entirely on navigating this environment to address those challenges and positioning our brands for success rather than engaging in costly and distracting litigation to force a partnership with Sycamore,” Ms. Nash said.

L Brands and Sycamore said that they would settle the litigation and that neither party would pay termination fees. The decision comes as a bit of a surprise, given that L Brands’ lawyers had seemingly accounted for the outbreak in the acquisition agreement. Language in the agreement essentially said that even if a pandemic struck, Sycamore would be legally obligated to complete the deal.

After the sale closed, the plan was for L Brands to remain a public company consisting of Bath & Body Works while Sycamore worked to revive Victoria’s Secret as a private company.

The acquisition had major implications for the company and its chief executive, Leslie H. Wexner, a storied 82-year-old retail magnate who has recently faced serious questions about his leadership. Questions have arisen about the company’s internal culture and Mr. Wexner’s relationship with the disgraced financier Jeffrey Epstein, a convicted sex offender. Mr. Wexner was expected to step down as C.E.O. and chairman upon the closing of the sale and retain a board seat at L Brands. Ms. Nash was then expected to become the chairwoman of L Brands.

On Monday, L Brands said that it planned to move forward with establishing Bath & Body Works as a “pure-play public company” and was taking “necessary steps” to prepare Victoria’s Secret to operate as a separate company. It also said that Mr. Wexner would step down as planned. Andrew Meslow, the current chief executive of Bath & Body Works, will become the C.E.O. of L Brands.

Stuart Burgdoerfer, who is currently the chief financial officer of L Brands, was appointed as interim chief executive of Victoria’s Secret, effective immediately. He will continue to be the C.F.O. of L Brands and report to Mr. Meslow and Ms. Nash.

The leadership changes will go into effect as of May 14, the day of the company’s annual shareholder meeting. The company said it would share additional details on its strategy during its next earnings call on May 21.

“The company will continue to take proactive measures to appropriately manage costs and expenditures to ensure liquidity in light of the ongoing Covid-19 pandemic, while also continuing to take steps to improve the brands’ performance,” L Brands said in the statement. 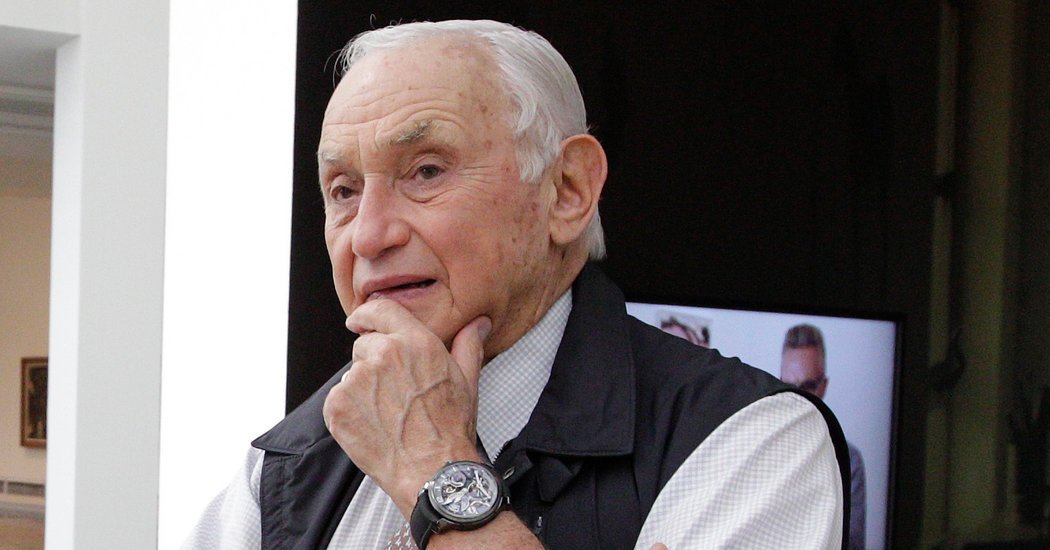 Leslie H. Wexner is expected to step down as the chief executive of L Brands, the retail empire he built with his purchase of Victoria’s Secret in 1982, and the lingerie brand plans to go private in a sale to Sycamore Partners that could be announced as early as Thursday, according to three people with knowledge of the deal.

Mr. Wexner, 82, is the longest-serving chief executive in the S&P 500. He turned Victoria’s Secret into the world’s most recognizable lingerie brand before facing serious questions about his leadership based on the company’s internal culture and his relationship with the disgraced financier Jeffrey Epstein.

The publicity-shy Mr. Wexner has come under intense scrutiny in the past year for his deep ties to Mr. Epstein and the flailing performance of Victoria’s Secret. L Brands, formerly known as Limited Brands, owns Victoria’s Secret and Bath & Body Works.

Sycamore will buy 55 percent of Victoria’s Secret, which was valued at $1.1 billion, according to one of the people with knowledge of the deal who spoke on condition of anonymity because it had not been announced. Mr. Wexner will remain on the L Brands board and retain stakes in both Victoria’s Secret and Bath & Body Works, the person said. Bath & Body Works will remain public.

News of the expected sale was first reported by The Wall Street Journal.

Mr. Wexner’s business savvy and sharp eye for the tastes of American consumers made him a billionaire and a retail industry icon. Over the years, he has been described as “one of the great merchant princes of the late 20th century,” a “rag-trade revolutionary” and the “Merlin of the mall.”

But the executive’s legacy has been tainted by his connection to Mr. Epstein, who died in a Manhattan jail cell in August while facing federal sex-trafficking charges. Mr. Wexner has sought to distance himself from the financier and emphasized that he had no knowledge of Mr. Epstein’s suspected activities.

Mr. Wexner employed Mr. Epstein as a personal adviser for years, handing him sweeping powers over his finances, philanthropy and private life. Mr. Epstein was empowered to borrow money on behalf of Mr. Wexner and sign Mr. Wexner’s tax returns, as well as hire people and make acquisitions. Over the years, Mr. Epstein obtained a mansion in Manhattan, a luxury estate in Ohio and a private plane — possessions worth roughly $100 million today — that had previously been owned by Mr. Wexner or his companies.

Details of the relationship added to the challenges of L Brands, where Victoria’s Secret has been struggling to keep up with changing notions of female beauty and representation in advertising. Victoria’s Secret is the company’s crown jewel. It is the world’s dominant specialty retailer for lingerie, with billions of dollars in revenue every year, and a pop-culture phenomenon. The supermodels selected to represent the brand — known as “Angels” — had long helped shape the ideals of beauty and sexiness for many Americans.

But it canceled its famous annual fashion show last year after a nearly two-decade run on broadcast television and conducted layoffs. The largely male management of L Brands has come under fierce criticism, especially as Victoria’s Secret has struggled.

The New York Times reported this month that Victoria’s Secret has for years had an entrenched culture of misogyny, bullying and harassment, based on interviews with more than 30 current and former executives, employees, contractors and models, as well as court filings and other documents. The culture was presided over by Mr. Wexner and Edward Razek, the chief marketing officer of L Brands who was the subject of numerous complaints that went unheeded. (Mr. Razek said the allegations against him were “categorically untrue.”)

In response to questions from The Times, Tammy Roberts Myers, a spokeswoman for L Brands, provided a statement at the time on behalf of the board’s independent directors. She said the company “is intensely focused” on corporate governance, workplace and compliance practices and that it had “made significant strides.”

“We regret any instance where we did not achieve this objective and are fully committed to continuous improvement and complete accountability,” she said.