Illustration: © IoT For AllThe indoor positioning and asset tracking space remains the wild west despite many companies working towards developing a robust, cost-effective, scalable solution. BLE, WiFi, Ultra Wide Band, RFID, and Ultrasonic, to name a few, have been used in the past to develop Indoor Positioning and Asset …

During the one-day event, The Things Conference will educate and inspire 25 000 people from around the globe to use LoRaWAN technology. We allow anyone to join and get access to premium content, free of charge. Launching partners include The Things Industries, The Things Network, IoT for All, Semtech, Microchip, STMicroelectronics, Microsoft, …

The world’s largest LoRaWAN event took place in Amsterdam, on January 30-31 2020. For the third year in a row, 1500 IoT professionals came together to meet the industry leaders, explore the latest innovations around the technology and do business with the key players. Organized by The Things Network, a global … 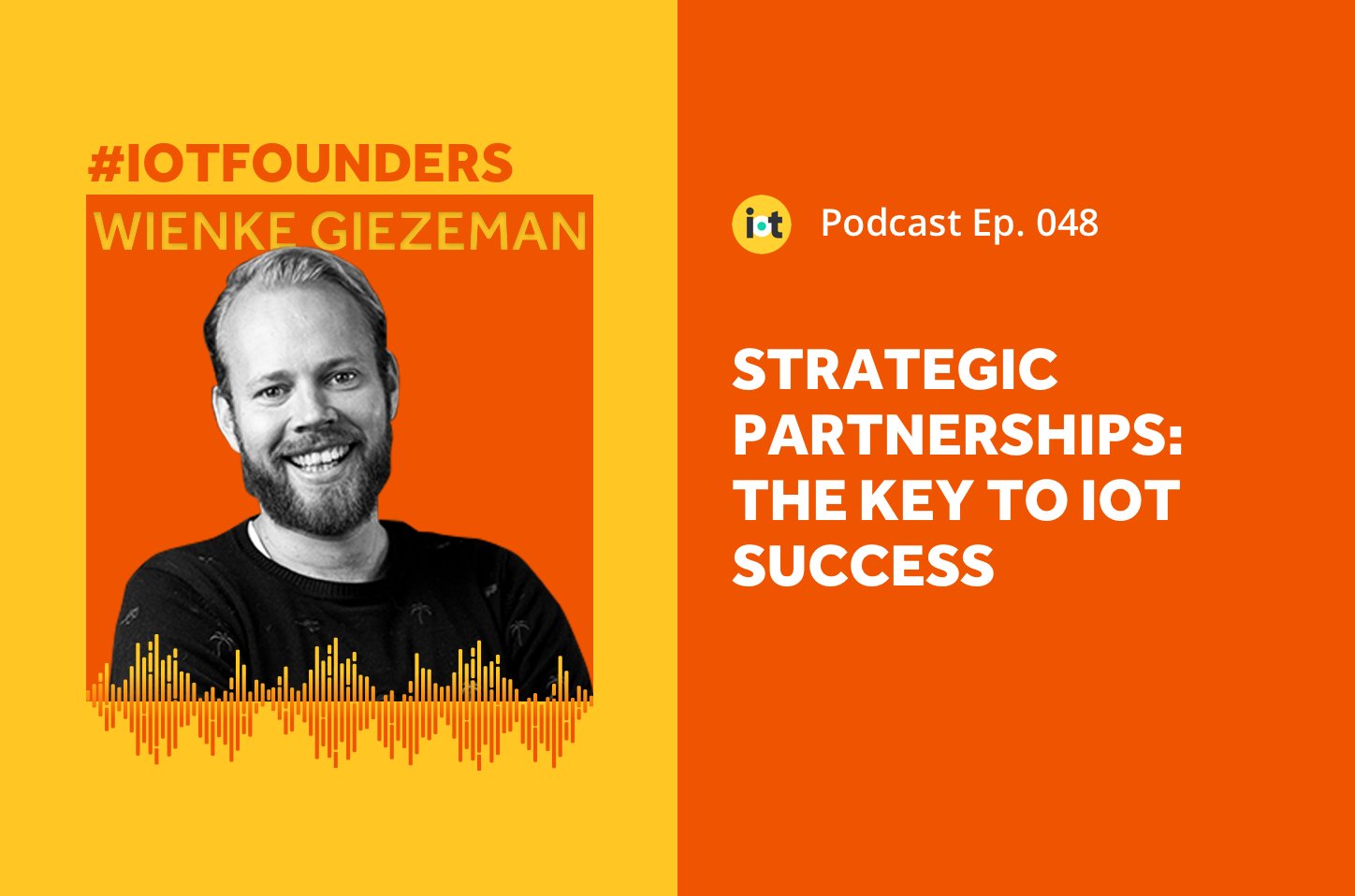 On this IoT For All podcast episode, Wienke Giezeman, CEO and Co-Founder of The Things Network, discusses what LoRa and LoRaWAN are, the role they play in the IoT connectivity space and how they are fueling the growth and adoption of IoT.

Wienke and his team are putting on an industry event called the Things Conference where experts from all over the world will come together to discuss all things LoRaWAN. He was generous enough to provide us a discount code to all our readers and listeners if you are interested in attending! Please use the code: iot-for-all

Interested in connecting with Wienke? Check out his LinkedIn!

Key Question and Topics from this Episode:

(16:15) How does LoRaWAN fit into the LPWAN connectivity spectrum and how do LPWAN technologies influence IoT Adoption?

(30:50) What use cases is LoRaWAN best suited for? Not well suited for?

(38:42) What is the current state of IoT and what are the biggest challenges affecting IoT adoption?

(41:12) How does the fragmentation of the IoT market affect adoption?

(43:16) How is hardware affecting IoT adoption? What needs to be done to make IoT hardware better? 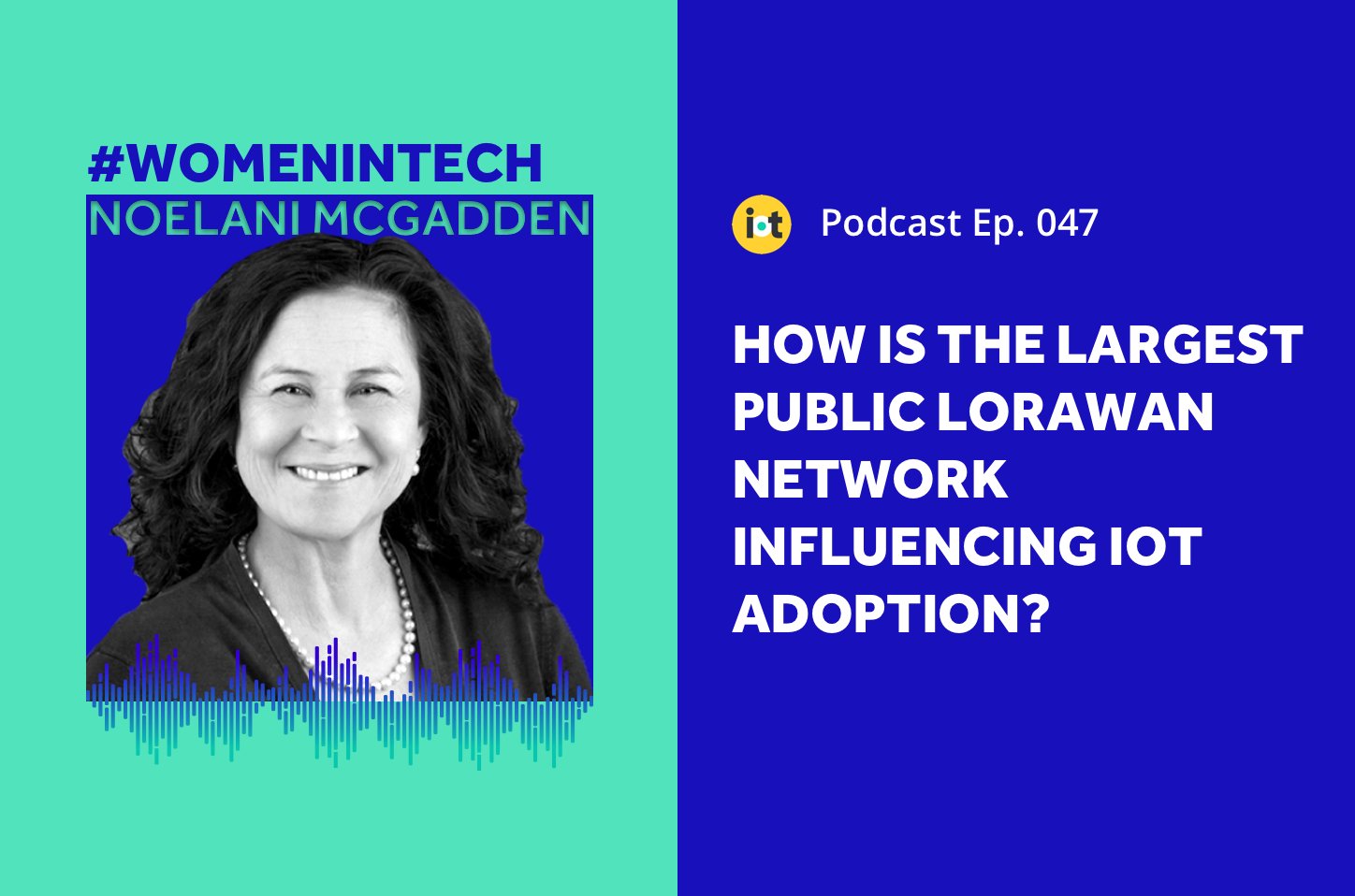 On this IoT For All podcast episode, Noelani McGadden, VP of Strategic Accounts at Senet, discusses the role Senet plays in the IoT industry, how they launched the largest public LoRaWAN network and how their network is influencing adoption across the Internet of Things space.

Noelani touches on why an organization would choose to deploy on a public network over a private network, the value LPWAN provides compared to 5G and what she foresees as the biggest contributors to IoT adoption heading into 2020.

On a personal level, Noelani has been engaged with many STEM for girls programs and is a non-profit board member for providing access to gymnastics programs for underprivileged teens. She spent over 6 years as an expatriate working in countries and environments that have varying degrees of support for women in executive-level roles and women in tech in particular.

If you’re interested in connecting with Noelani check out her LinkedIn!

Key Question and Topics from this Episode:

(07:15) Senet’s public LPWAN network–how it works, who is using it and what is it enabling companies to do?

(10:40) What type of IoT use cases are utilizing the public LPWAN network?

(13:38) How does a company set up a public LoRaWan network? What are the drawbacks of using a public network over a private network?

(17:35) Why would an organization choose to deploy a private network, if a public network is available?

(35:28) What organizations and initiatives are you (Noelani) involved in as it relates to Women in Tech?