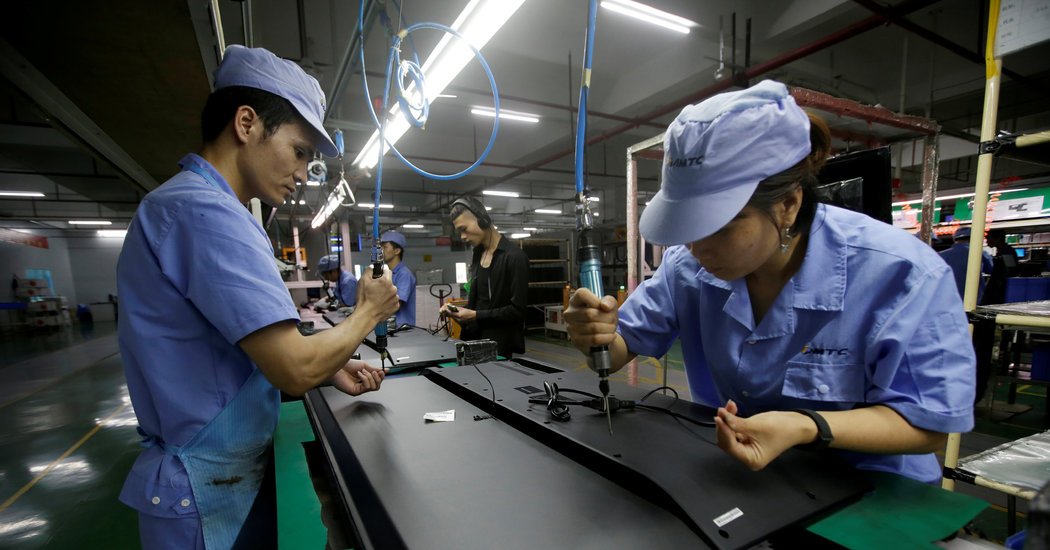 HONG KONG — China on Wednesday moved to inject $115 billion in cash into its financial system, suggesting that Beijing remains concerned about faltering growth despite signs that the world’s second-largest economy is stabilizing.

China’s central bank, the People’s Bank of China, on Wednesday cut the amount of money that it requires the country’s commercial banks to stash away for a rainy day, a measure called the reserve requirement ratio. The move will essentially inject about $115 billion into the financial system after it goes into effect on Monday. The cut comes after a similar move in September.

The change, announced on the New Year’s Day holiday, is likely to focus renewed attention on the health of the Chinese economy, a major driver of global growth. While the move is relatively modest given the vast size of the Chinese economy, it follows a recent meeting of the country’s top economic planners and comes just a few weeks before Beijing releases its growth figures for the last three months of 2019.

China’s leaders are contending with the country’s slowest pace of growth in nearly three decades.

Beijing has been trying to pare down the country’s dependence on borrowing, which helped fuel heady growth in recent years but left big debts on the balance sheets of major corporations and local governments. Reducing that dependence could help prevent major problems down the road, but at the cost of slower growth in the near term.

The Chinese economy has also been hit by President Trump’s trade war. Higher tariffs have made it more expensive to sell Chinese-made goods to American customers, denting China’s factory activity and consumer confidence there. A likely trade truce could limit the damage but still leave many tariffs in place.

Some recent signs had suggested that China’s slowdown was easing. November figures for industrial output and retail sales had suggested the economy was strengthening. The property market, an essential part of the Chinese economy that in recent months had been holding back growth, also appeared to be improving.

But other signs still indicate weakness. The China Beige Book, an economic consulting firm, pointed in its December report to slowing growth in new orders and ramped up borrowing by Chinese companies. “With China’s economy seeing record levels of corporate borrowing,” it said, “is this as good as it gets?”

The cut announced Wednesday was expected by many economists. They see Beijing as trying to find middle ground between supporting economic growth without resorting to more dramatic steps that could rev the economy further but saddle the country with even more debt.

As a result, China’s headline growth figures are widely expected to slow further, though at a measured pace. In the first three quarters of 2019, its output grew 6.2 percent compared with a year before. Still, economists take those figures with a deep amount of skepticism because they tend to be smoother and steadier than those issued by other countries, and they usually hit official targets.

The cut is not unusual so early in the year ahead of China’s Lunar New Year holiday, which begins this year on Jan. 25, and when demand for cash intensifies. The central bank made a similar cut about a year ago.