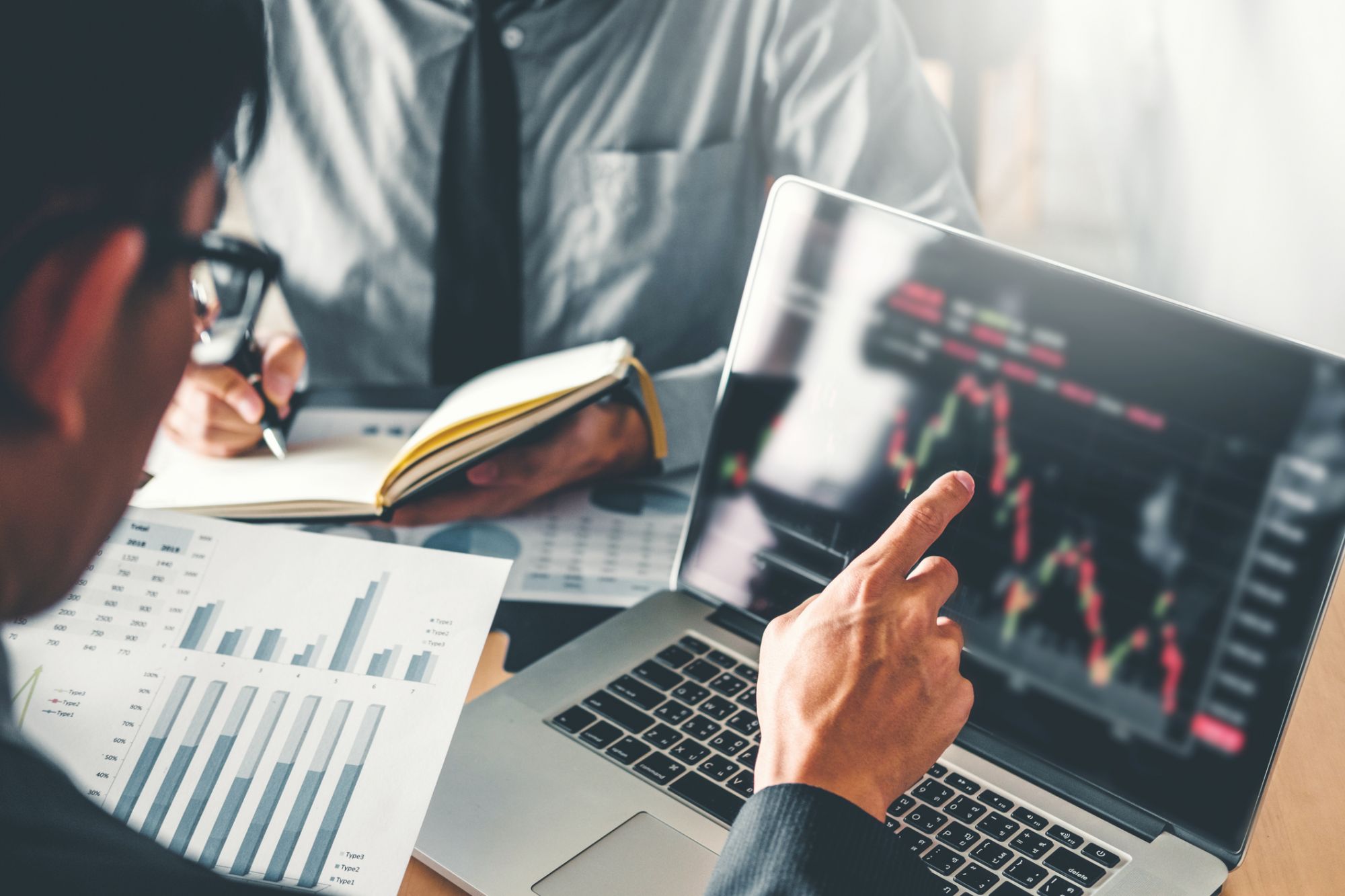 The internet provides an entirely new way to make money. If you need a quick paycheck, you can try selling something on Craigslist or tapping into the gig economy. If you need a long-term means of producing income, there are plenty of suitable options — I should know, given that I’ve been making money by writing online since I graduated from college.

In some ways, though, the opportunities for making money on the internet are not so different from how people have been trying to get rich on the frontiers of society for centuries. One example: In the 19th century, many English and Irish people (mostly men) abandoned their homes to start new lives in New Zealand, attracted by not only the gold mines but also the abundance of opportunity in industries like timber, wool and hunting seals. In The Penguin History of New Zealand, historian Michael King quotes an article from that time: “Here — where the social disabilities, the exclusive caste, the overstrained competition, and the stereotyped conventionalism of the Old World have not yet taken root — there is a clear field for men of talent, skill and energy to climb the social ladder and to attain to a degree of wealth and social elevation that is possible only to the favoured few in other countries.”

Doesn’t that way of thinking — the optimism, the belief in meritocracy — sound like the logic that brings people to the web? Of course, not everyone who went to New Zealand found gold or became rich. The gold mines became crowded, the seals were overhunted and, in a short time, an opportunity that seemed like free money had become wildly competitive.

The same can be true on the internet. Take a look at online gambling sites like DraftKings or FanDuel, both of which claim to give new users $500 for a “risk-free” first bet. It seems straightforward at first, but your money is refunded as site credit, which incentivizes you to keep gambling against people who probably have more resources, more experience and fewer scruples than you. If it were really so easy to make money on the internet through gambling sites, they wouldn’t need to offer you $500 to lure you in.

I probably don’t need to tell you that sports gambling is a bad way to consistently make money online. But this represents a lot of ideas about acquiring income on the internet: They all start with an easy win or a flash of excitement — something to draw you in — but then prove more difficult and competitive.

So how can you tell whether your income-generating idea is more than a flash in the pan? Start by remembering that an idea is not the same as a business. You need to be able to outline precisely how to go from your first step to the last step (presumably generating revenue or passive income). It’s simple, but it’s worth saying: If you actually want to make money on the internet, know how you’re going to make money on the internet. You can’t be these guys:

It’s certainly not impossible to earn an income online with these strategies, but it’s a longer and more convoluted road from step one to profit than you might expect.

Again, it’s possible to make money online as a social influencer. You don’t even necessarily need a million Instagram followers to do it: Many brands look to maximize their money by spreading their budget across micro-influencers (people with fewer than 10,000 followers and sometimes even 1,000 or fewer), who often have smaller-but-more-dedicated audiences than bigger-named celebrities. In fact, Rakuten Marketing interviewed 719 marketers across the United States, Australia, the United Kingdom, France and Germany, finding that respondents spent 40 percent of their influencer budget on micro-influencers (compared to just 28 percent for celebrity influencers).

By the numbers alone, you’d think there’s plenty of money to be made online this way. Influencer Marketing Hub projected there would $6.5 billion spent in influencer marketing in 2019, stemming from 4.4 million Instagram posts using tags like #spon, #ad or #brandname, denoting that they were ads from influencers. In the same report, Influencer Marketing Hub claimed only 11 percent of influencers are currently fully compliant with legal guidelines, meaning there are likely many more than just 4.4 million sponsored posts.

According to those estimates (4.4 million ad posts, 34 billion total posts), only about 0.01 percent of Instagram posts are actually sponsored.

If you need to reach the top 99.99th-percentile of your profession just to earn $100, there are better ways to make money online.

Related: 18 Low-Cost Ways for Parents to Make Money From Home

You’ve almost certainly seen examples of MLMs on your social media feeds, even if you don’t know exactly what they are. You might have a cousin who posts advertisements for Avon or Tupperware on social media — or an old friend who sends you a private message and really wants you to try some “amazing” new product.

In an Atlantic article titled, “Beware of Selling Yoga Pants on Facebook,” Darlena Chenha sums up how we often experience multilevel marketing businesses in our daily lives. She writes: “Those being propositioned often think of multilevel marketing as a pyramid scheme or scam; those selling believe the business model is a straightforward way to earn extra income from home. Here’s how it works: ‘Consultants’ — sellers for a direct-sales company — solicit new recruits to sell products online, and, in addition to their own sales, those consultants then earn a percentage of their recruits’ sales. Those recruits, in turn, then sign up still more online sellers and earn a percentage of their sales, and so on.”

Entrepreneur understands how tapping into a well-known brand’s resources can help you make money: It’s why we created our Franchise 500 list. But there’s a big difference between opening a new Planet Fitness location and becoming a distributor for an MLM like LuLaRoe: You ought to make money on a good franchise investment, while you probably won’t with an MLM.

Related: 7 Online Business Ideas That Could Make You Rich

“Some MLMs are illegal pyramid schemes,” according to the FTC, and “most people who join legitimate MLMs make little or no money. Some of them lose money. People who become involved in an illegal pyramid scheme may not realize they’ve joined a fraudulent venture and typically lose everything they invest. Some also end up deeply in debt.”

In 2019, Vox published an article titled “More than 100 LuLaRoe sellers have filed for bankruptcy,” which highlights two major issues with companies like LuLaRoe:

The solution for many unsuccessful sellers is simply to recruit more people: You might not be able to sell LuLaRoe leggings, but you can sell the company as a means to easy cash … and earn a bonus for “sponsoring” a new consultant who buys even more than the initial order kit.

“My sponsor is a single mom of two kids… she raved about how she was able to stay home and support her family, and I was intrigued,” LuLaRoe consultant Sherry Evans told Racked. “I saw posts about the amount of money people were making, and I thought this was my way to protect my family’s financial future.”

After a year, Evans was still in debt. As of the time of the Racked article, she was still attempting to liquidate her inventory. By contrast, “her mentor says she receives bonus checks of over $100,000.”

At the end of the piece, Evans concludes: “It is all about the money, getting $6,000 or more from every new consultant … they don’t care about the rest of us.”

Next time you see someone posting about how you can make money online if only you start selling beauty products, or clothing, be wary. Think about this six-part checklist about pyramid schemes, which comes from the U.S. Securities and Exchange Commission:

If you know people who are considering investing in an MLM or thinking about doubling down on their initial investment, remind them that they are much more likely to lose money than create a sustainable income.

Here’s how the U.S. Securities and Exchange Commission defines day trading: “Day traders rapidly buy and sell stocks throughout the day in the hope that their stocks will continue climbing or falling in value for the seconds to minutes they own the stock, allowing them to lock in quick profits … While day trading is neither illegal nor is it unethical, it can be highly risky.  Most individual investors do not have the wealth, the time, or the temperament to make money and to sustain the devastating losses that day trading can bring.”

Just like the other entries on this list, it’s possible to make money online through day trading. In fact, Entrepreneur contributor Tim Sykes says he made over a million dollars trading penny stocks while in college using this method. But day trading isn’t just a side hustle that leads to quick cash. For people considering whether to become a day trader, the SEC advises that day trading is an extremely stressful and expensive full-time job. You can’t believe claims of easy profits and must be prepared to suffer severe financial losses and even depend heavily on borrowing money.

When I searched the term “day trading” on Google, the first suggested video was titled “Day Trading: How to Make $500 in 15 Minutes.” It sounds almost exactly like those FanDuel offers above, doesn’t it? Here’s free money. It’s fool-proof.

The second suggested video was called “Why 80% of Day Traders Lose Money.”

Related: 5 Ways to Generate Passive Income and Keep Your Job

Day trading is a perfect example of an online moneymaking idea that seems great but just isn’t realistic. Think about it — if day trading were truly a good idea, and if you could actually learn to time the stock market, then everyone would be doing it. Brilliant investors like Warren Buffett would be turning billions into trillions in a matter of weeks.

But that’s not how Buffett recommends someone should invest. Instead, he says there are only two rules of investing: Never lose money, and never forget the first rule.

The most important trait for a successful investor “is a temperamental quality, not an intellectual quality,” Buffett says. “You need a stable personality.”

When I interviewed Troy Bader, CEO of Dairy Queen (owned by Berkshire Hathaway), he said the investment company’s leadership gave DQ a directive: Protect the brand for today, but grow it for tomorrow. That’s nearly the opposite of a day trader’s mentality.

Investor Phil Town breaks down the risks (and possible rewards) in this video:

Town claims success is rare in day trading — that perhaps only one out of 100 people manage to make a profit. But those rare successes don’t happen by accident. Town points out that professional day traders “make use of expensive software, hardware and news services in order to find buying opportunities, and they must also commit large amounts of time to the pursuit.”

In all likelihood, you’re not going to make $500 in 15 minutes because you want to, no matter what the suggested YouTube video says.

What are some realistic ways to make money online?

If you do want to leverage the internet to create additional income, there are plenty of better options than trying to become an influencer, participating in an MLM or day trading. Entrepreneur contributor R.L. Adams broke down a few options for earning an online income, including:

If you already have a business, you can use the internet to make more money in a variety of ways. You can start advertising on social media (even using influencers) or write a book that you can use as both a product and a lead generator. You might build a website that showcases your work or offer a series of tutorials on your area of expertise.

However you choose to maximize your income-generating opportunities on the web, remember that a penny saved is a penny earned — and the best way to “make” money online might simply be to avoid losing it.