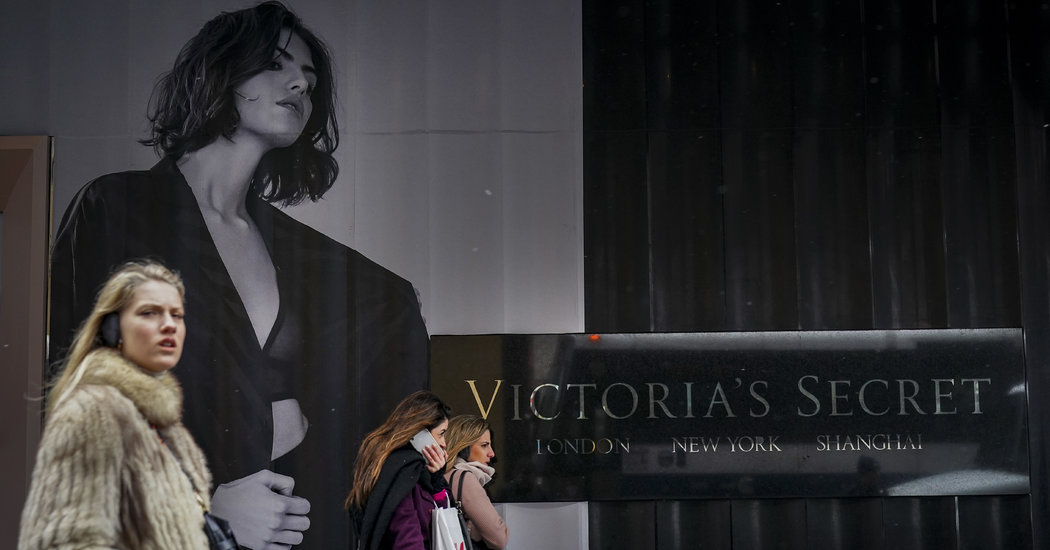 In the more than two years since Harvey Weinstein was exposed as a sexual predator, the #MeToo movement has wrought a revolution in corporate governance — or so it would seem.

Corporations have diversified their boards with experts on inclusion. Board members have attended harassment training sessions and updated codes of conduct. Procedures have been established for handling complaints that reach the board. A key tenet: No one who brings a credible allegation to the board should face retaliation.

As the holding company for Victoria’s Secret and Bath & Body Works, major brands with a heavily female clientele, L Brands “should be especially sensitive” to how allegations of gender discrimination and sexual misconduct are handled, said Charles M. Elson, director of the John L. Weinberg Center for Corporate Governance at the University of Delaware. The scrutiny the company has undergone since public disclosure of the inexplicably close ties between the sex criminal Jeffrey Epstein and Leslie H. Wexner, L Brands’ chief executive, chairman and major shareholder, should only have heightened board concerns and sensitivities, he added.

Last year, L Brands took what seemed like significant steps to address its lack of diverse views and persistent claims of board cronyism with Mr. Wexner. It added two prominent women as independent board members: Anne Sheehan, a longtime advocate of good corporate governance, and Sarah E. Nash, a former J.P. Morgan executive and the chief executive of Novagard Solutions. Already on board was Patricia S. Bellinger, who is chief of staff to Harvard University’s president, Lawrence Bacow, and an expert on diversity and inclusion.

“We strictly prohibit retaliation for reporting concerns,” L Brands says on its website. “Anyone who retaliates or tries to retaliate against an individual who raises a concern in relation to this policy or who participates in the investigation, will be subject to disciplinary action up to and including termination of employment.”

Which makes L Brands’ recent treatment of one of its highest-ranking female executives, Monica Mitro, all the more troublesome.

Ms. Mitro was until last fall the executive vice president of public relations for Victoria’s Secret. She was a well-known figure in fashion and media circles who had spent decades at the company.

But for years, Ms. Mitro suffered verbal abuse at the hands of Ed Razek, her boss and a top executive at L Brands, according to colleagues who witnessed numerous instances of mistreatment. At times, they said, Ms. Mitro was left in tears.

Mr. Razek was the subject of repeated complaints, including trying to kiss models, get them to sit on his lap and making unwanted advances, The New York Times reported this weekend. An employee’s human resources complaint that was reviewed by The Times listed more than a dozen allegations, including demeaning comments and inappropriate touching of women. Mr. Razek said the allegations against him were “categorically untrue, misconstrued or taken out of context.”

Last fall, not long after Mr. Razek left the company and as rumors of imminent layoffs in Ms. Mitro’s marketing area were swirling, she decided it was time to speak up.

She didn’t think she could trust human resources, according to people familiar with her thinking, so she took her complaints of sexual harassment and gender discrimination — involving her and others — to someone she believed would inform the board of directors.

That person, according to people familiar with the exchange, was David A. Kollat, who had recently stepped down after 43 years on the boards of L Brands and its predecessors. He and Ms. Mitro had become close over her long tenure at the company, and she spoke with him directly.

Before stepping down, Mr. Kollat had been an independent director at L Brands, even though he was widely known to be close to Mr. Wexner. He had worked directly under Mr. Wexner for 10 years, serving as executive vice president for Mr. Wexner’s retail chain, The Limited.

It isn’t clear exactly what Mr. Kollat did with the information that Ms. Mitro provided. Ms. Mitro was not available for comment. Mr. Kollat, who is also the lead director at the footwear maker Wolverine Worldwide, did not respond to multiple messages. And Tammy Myers, a spokeswoman for L Brands, declined to say, citing a confidentiality agreement.

Mr. Elson, the Delaware professor, said the proper course would have been for Mr. Kollat to inform the appropriate board committee (typically, the audit committee) and for the board to hire outside counsel to look into the matter.

“The responsibility of the board is to conduct a thorough, independent investigation,” Mr. Elson said. “Under no circumstances should it punish or retaliate against the person bringing the complaint or appear to do so.”

The first inkling that Ms. Mitro was in trouble came the day after her complaint.

An L Brands facilities manager told her how sorry she was: Ms. Mitro’s name was on a list of employees whose access to the building was about to be terminated, according to people familiar with the day’s events. Later that day, the head of human resources at Victoria’s Secret told Ms. Mitro that she was being placed on paid administrative leave, these people said. Ms. Mitro wasn’t told why.

Ms. Mitro’s colleagues never saw her in the office again, leaving many colleagues with the impression that L Brands had retaliated against her, according to co-workers at the time.

The suddenness with which Ms. Mitro was locked out and the lack of an explanation raise serious questions about L Brands’ commitment to its policy of protecting against retaliation.

How did Mr. Kollat handle her complaint? Instead of his former board colleagues, did he go directly to Mr. Wexner, or someone close to him? It is almost inconceivable that Ms. Mitro — a senior executive at Mr. Wexner’s flagship brand — would have been locked out of the building without his knowledge or approval.

Two people familiar with the board’s deliberations said Ms. Mitro’s complaint did reach the board — but only after Ms. Mitro was gone.

It’s not unheard-of for companies to place an employee on leave, but Ellen Zucker, an expert on employment law and a partner at the law firm Burns & Levinson, called the L Brands scenario “a textbook case of how not to handle a sexual harassment complaint” after I described it to her. “It’s especially important to guard against anything that might look like retaliation.”

Mr. Elson, the Delaware professor, called it “absolutely not the right response.”

“This is the kind of thing that happened 20 years ago,” he said.

In response to my questions, Ms. Myers, the L Brands spokeswoman, said the company and its board were determined to do better. In a statement — made on behalf of the board’s independent directors — she said the company was “intensely focused” on issues that affect its 90 percent female work force.

“With the adoption in recent years of even more robust anti-harassment policies, hotline reporting and training, we have made significant strides in ensuring that the company provides a safe, welcoming, and empowering workplace for every associate,” she said. “We regret any instance where we did not achieve this objective and are fully committed to continuous improvement and complete accountability.”

Ms. Zucker said it was all too common that companies choose to protect high-ranking executives rather than those employees who bring complaints against them.

“One reason retaliation claims are so prevalent is that it’s human nature to protect the people you know and like,” she said. “The challenge for any governing body is that’s precisely the inclination you have to guard against.”

It’s rare that details of retaliation claims ever become publicly known, though. Such claims, or even the hint of them, raise the specter of a lawsuit, which companies quickly try to head off.

Ms. Mitro hired lawyers at Browne George Ross, a law firm in Los Angeles, and, according to people close to her, recently reached a settlement with L Brands that bars her from disclosing the terms or discussing her claims.