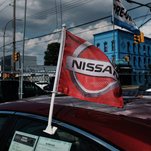 Carlos Ghosn was long one of the most admired executives in the auto industry.

He was hailed as a corporate savior when the French automaker Renault bought a stake in Nissan and dispatched him to Japan on a rescue mission. He built a thriving global alliance between the two companies, and for 12 years he led both simultaneously.

“Carlos Ghosn did some great things,” said Scott Smith, the owner of four Nissan franchises in Georgia. “He gave us a lot of good product. He was the Lee Iacocca of Europe.”

Mr. Ghosn’s career was abruptly halted 14 months ago with his arrest in Japan on charges of financial wrongdoing. After an audacious escape from custody and a surreptitious trek to Lebanon, he declared that he was determined to restore his personal reputation. But however his legal troubles play out, there are growing questions about another aspect of his reputation: whether he left Nissan in good shape.

Less than three years after Mr. Ghosn gave up the top job at Nissan, it has slipped into a deep slump. Revenue and profits are falling in markets around the world. Sales in the United States — its most crucial market after China — fell 10 percent in 2019, a staggering decline at a time when auto sales are at near-record levels.

Analysts and industry executives lay much of the blame for Nissan’s woes on Mr. Ghosn. Over his last eight years at the helm, he led an unrelenting push for growth, often at the expense of the bottom line. To satisfy his demands for higher sales and more market share, Nissan executives turned to questionable practices that alienated a critical constituency: the dealers who sell its cars.

“Almost nobody calls now and says, ‘I want to buy a Nissan franchise,’” said Alan Haig, president of Haig Partners, which advises buyers and sellers of auto dealerships. “Carlos pushed too hard. He had very ambitious goals, and he pushed his managers to achieve them. He created a temporary situation that looked good for a while, but it was artificial.”

In an interview last week in Beirut, Mr. Ghosn said Nissan was doing fine when he stepped aside as chief executive three years ago, and he blamed his successor, Hiroto Saikawa, for the company’s problems.

“I think he’s unfit to be C.E.O., particularly when he spent this time not taking responsibility for the situation in which the company was,” Mr. Ghosn said.

Travis Parman, a spokesman for Nissan’s North American division, declined to comment on Mr. Ghosn’s remarks, but acknowledged that a strategy of “volume at any cost” had sometimes driven “bad behavior” by the company.

Asked Tuesday to address whether flaws in Nissan’s United States strategy under Mr. Ghosn laid the groundwork for its recent troubles and alienated dealers, someone in contact with him said the former chief executive “strongly rejects” the premise. 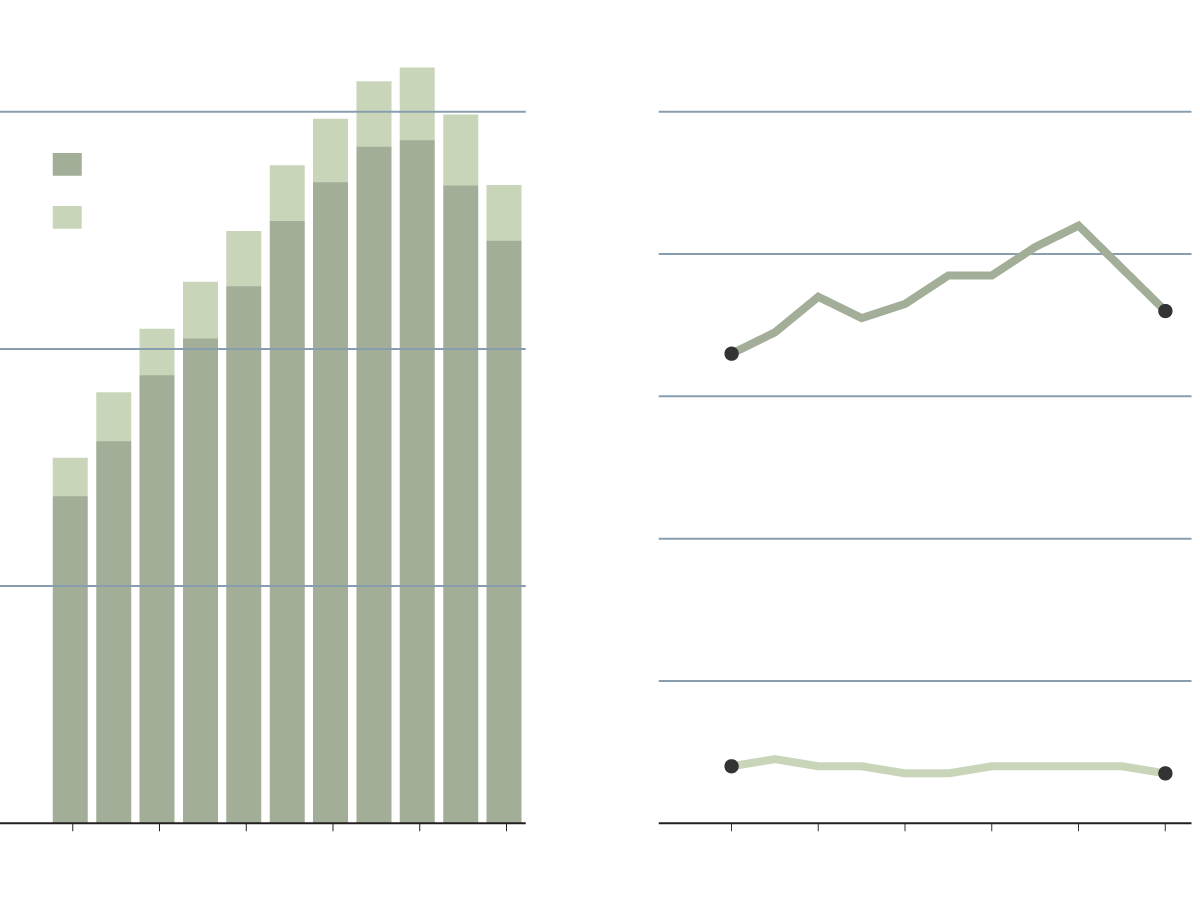 Mr. Ghosn, who was educated in France, started his career at the French tire maker Michelin, becoming head of its North America operations. He moved to Renault in 1996 as executive vice president and helped lead a turnaround. His skill at improving profitability earned him the nickname “Le Cost Killer.”

When Renault bought its stake in 1999, Nissan was near collapse. Mr. Ghosn slashed thousands of jobs, drawing criticism in a country not accustomed to mass layoffs, but Nissan quickly returned to profitability. In 2005 he was named C.E.O. of Renault as well, becoming the first person to head two Fortune Global 500 companies at once. By then, Nissan was often more profitable than Renault, although the French company remained the senior partner in the alliance.

In 2011, as the industry was recovering from the deep recession of 2008 and 2009, Mr. Ghosn stood before hundreds of reporters in Yokohama and announced an ambitious plan for Nissan. Over the next eight years, he said, Nissan would raise its share of the global market to 8 percent, from 5.8 percent. He planned to do this by investing heavily in the emerging markets of Brazil, Russia, India and China.

The United States market, where the economic recovery promised several years of rising auto sales, had a special role. There, he promised, Nissan’s market share, including the Infiniti luxury brand, would rise to 10 percent by 2017.

To drive growth, Nissan introduced new models and aggressive incentives that imposed ambitious sales quotas and tough terms on dealers. The incentive scheme Nissan favored, known as a stair step, awards cash bonuses to dealers as opposed to the more familiar rebates given to buyers. But it was essentially an all-or-nothing deal: Dealers got substantial bonuses only if they hit sales goals.

“We made tremendous profit at the beginning,” said Mr. Smith, the Georgia dealer. “But as your target went up and up year after year, you reached a point where you can’t hit the target.”

Dealers often sold cars at fire-sale prices in the last days of the month to make it over the line. That irritated customers when they learned that a neighbor paid thousands of dollars less for the same car, some dealers said. Other dealers simply bought cars themselves, held them for a few months and then offered them as used cars.

By the middle of the decade, many dealers were losing money, despite the robust economy, and looked to sell their franchises. The owner of a dealership in Framingham, Mass., simply turned out the lights and walked away, unable to find a buyer. AutoNation, the country’s largest dealership group, had 21 Nissan franchises in 2014, and sold 10 of them by 2018, according to its annual reports.

“Nissan was convinced that stair steps were the way to go, and we did not agree with this strategy for our business,” said Marc Cannon, an AutoNation spokesman.

It didn’t help that Americans were gravitating strongly toward trucks and sport utility vehicles — which produce bigger profits — and away from sedans and compacts, which Nissan relies on for a large portion of sales.

With the deadline for Mr. Ghosn’s goal of 10 percent market share a few years away, Nissan’s United States executives increasingly took aim at smaller dealers, imposing ever more demanding terms to ramp up sales. Inside Nissan, the effort was known as “Grow or Go.”

The company also began favoring a few large dealers, quietly agreeing to provide funding to them that was not offered to others nearby. In Coral Gables, Fla., Bernie Moreno had a confidential agreement calling for Nissan to pay him $4.4 million over several years to fund an opulent Infiniti dealership, he said. Nissan also agreed to give him $6.5 million more for two new Nissan dealerships he opened near Cleveland.

Even with extra money from Nissan, Mr. Moreno eventually struggled. One month in 2018, Nissan raised the sales goal of his Infiniti store to 180 cars — about twice as many as it would naturally sell.

“It was an impossible number,” he said. The type of stair-step programs Nissan operated “were like heroin,” Mr. Moreno added. “They gave car companies an immediate boost in sales, but then they couldn’t get off it.”

In 2017, Mr. Ghosn’s final year as chief executive, Nissan sold 1.6 million cars and trucks in the United States, a 53 percent increase from 2011, and enough to give it 9.2 percent of the market, short of Mr. Ghosn’s target. But the incentives it was paying out were starting to eat into profits, and many of its remaining dealers were fed up with chasing higher sales year after year.

Nissan’s most recent earnings report revealed the depth of its troubles. While China has become Nissan’s biggest market, Mr. Ghosn’s push into emerging markets has become a costly flop amid economic turmoil in Brazil, India and Russia. In the United States, Nissan has been slow to introduce new models, leaving little to draw shoppers. When Mr. Ghosn’s successor, Mr. Saikawa, finally changed the company’s incentive strategy in 2018, sales slumped, and Nissan was left with a glut of unsold cars.

In September, Mr. Saikawa resigned after an internal investigation found that he had been paid hundreds of thousands of dollars more than he was owed. The head of Nissan’s China operations, Makoto Uchida, was named chief executive in October. He has vowed to focus on profits and installed a new management team in the United States.

For all Nissan’s troubles, Mr. Smith is determined to continue as a dealer. He said a turnaround would take time, but added, “I’m optimistic.”

Mr. Moreno, on the other hand, is giving up on selling cars, in large part because of his experience with Nissan. Over the past year, he has sold his two Nissan stores in Ohio and about a dozen dealerships of other brands. A deal to sell Infiniti of Coral Gables and a Buick GMC dealership in Ohio is expected to close in a few weeks, he said.

“Then I’ll be out of the auto business completely,” he said.