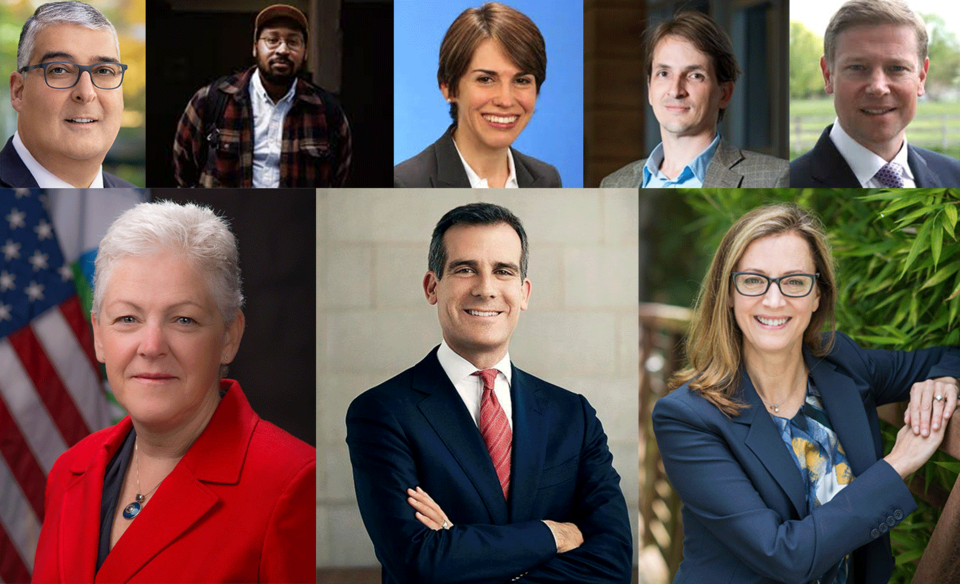 Home » Names in the News

It’s never a dull time to be in the business of solving climate change, but these sustainability professionals are giving a new meaning to the phrase “fresh start” as 2020 arrives.

What better way to enter the new year than by checking out the latest career moves in your field? Welcome to the latest edition of Names in the News, with the newest sustainability moves and shakes for the new decade.

It’s been a while since our last update, and par for the course in this fast-paced world much has changed. There is evidence of nonprofit leadership shifts, finance taking sustainability more seriously, a leather company adding an environmental executive and more.

As the decade unfolds and you or your friends make moves in the sustainability space, let us know. Our email is always open — submit the news to [email protected].

And now, onto what you’re here for.

Los Angeles Mayor Eric Garcetti recently added a new role as chair of the C40 Cities Climate Leadership Group, a coalition of nearly 100 local politicians that have committed to taking action on climate change. As national participation in the Paris Agreement wavers, it’s a critical time for city and state leadership.

Suzanne Lindsay-Walker joined UPS as the new chief sustainability officer and vice president of environmental affairs. She previously served as director of sustainability at supply chain logistics company Brambles and before that, grocery retailer Kroger. Lindsay-Walker succeeds Tamara Barker, who retired early last year after over three decades with the company.

The founder and former CEO of Sustainability Accounting Standards Board (SASB), Jean Rogers, has taken a new post at the Long-Term Stock Exchange as chief resilience officer. The organization is working on changing the way public markets and the financial system view long-term results and gains.

The National Resources Defense Council (NRDC) has a new president and CEO, environmental authority Gina McCarthy. She formerly served as chief of the U.S. Environmental Protection Agency under President Barack Obama and has an extensive background in environmental nonprofit leadership.

Liberty Mutual Insurance appointed its first chief sustainability officer, veteran Liberty Mutual executive Francis Hyatt. The move comes at a time where the company has said that it drastically will limit future underwriting for and investment in coal risks.

Some shakeups have occurred at Maersk, the shipping company that has made headlines recently with pledges to decarbonize. Its now-former chief financial officer, Carolina Dybeck Happe, left to join General Electric as CFO. In addition, Søren Toft, former Maersk COO, will join competitor MSC as CEO.

Nigel Topping has left his role as CEO of the We Mean Business coalition, the organization founded in 2014 for the business community to advocate for stronger climate action.

Howie Fendley, director of projects and senior chemist at MBDC and circular economy designer, is leaving his job to launch his own venture, Fendley Sustainability Advisors.

Bergen Hubert has a new role as manager in the built environment program at the Cradle to Cradle Products Innovation Institute. She previously worked at ERM on environmental health and safety.

ING has named Dan Shurey as the new vice president of sustainable finance in the Americas. He comes to the bank from Bloomberg NEF, where he headed its green finance program.

Leia Guccione has taken over the helm of Rocky Mountain Institute’s Electricity Program as the new managing director working on decarbonizing the energy and engineering sector.

Ed Crooks, former energy editor at the Financial Times, joined Wood Mackenzie in a newly created role as vice-chair of energy in the Americas.

The International WELL Building Institute (IWBI) announced that Jason Hartke has joined the organization as executive vice president of advocacy and policy. He comes from past posts in government and nonprofits, most recently as president of the Alliance to Save Energy.