KP19, the 19th fund for the firm, will focus on early-stage investments in consumer, enterprise, financial technology, health care and hartech companies, according to a statement from Kleiner Perkins.

KPCB, which has backed companies like Amazon and Google, said it would go back to focusing on early-stage investments when it announced the closing of its last fund last year.

KP19 will be “more of the same,” according to the firm.

“It’s the same team, with the same strategy, investing in the same sectors at the earliest stages,” KPCB said in a statement.

Additionally, Annie Case, Monica Desai Weiss and Josh Coyne were promoted to principals at the firm. Case will focus on consumer and health care, Weiss will lead investments in fintech and consumer, and Coyne will focus on enterprise and fintech.

More companies are implementing work-from-home policies in the midst of escalated concerns over the coronavirus. As such, it’s no surprise that…

The Bay Area firm is targeting its largest fund yet, and remains focused on backing seed and pre-seed rounds raised by diverse founding teams.

The funding marks San Francisco-based Class 5’s first investment in Mexico, a region that has seen a significant uptick in venture investments as of… 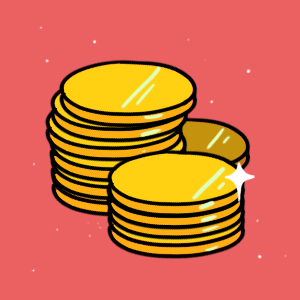 If it is fully raised, this fund will match the size of the firm’s second fund, which was closed in April 2018. The firm’s first flagship venture capital fund was closed in March 2016, raising $300 million to invest mostly in early-stage deals.

The filing states that no capital has yet been closed for the new investment vehicle. Venture capital firms often file a Form D immediately prior to closing capital for new funds, even though most have secured “soft commits” from limited partners prior to making the first official close.

The firm is led by Joseph Lonsdale, a multi-time entrepreneur turned venture capital investor. Outside of his work with 8VC, Lonsdale is perhaps best known as a co-founder of controversial data analytics company Palantir. Prior to Palantir, he cofounded wealth management platform Addepar and government services automator OpenGov.

Lonsdale is the sole general partner listed on the filing.

8VC has retained the services of New York-based independent broker-dealers Artist Capital and ABG to assist with raising the fund.

More recently, however, the firm has made bets across a number of sectors. Its most recent publicly disclosed deal is a participating investor in insurance technology startup Socotra’s $15.2 million Series B round. Other deals from 2020 include leading a venture round raised by healthcare software company SurgLogs and participating in the Series A of Seattle-based Legalpad, which helps immigrants apply for work visas at startup companies.

The firm has seen a number of exits out of its portfolio. These include freelancer-focused mobile banking app-maker Seed, oncology tech company Guardant Health, and AI-powered drug discovery company RondinX, among others. 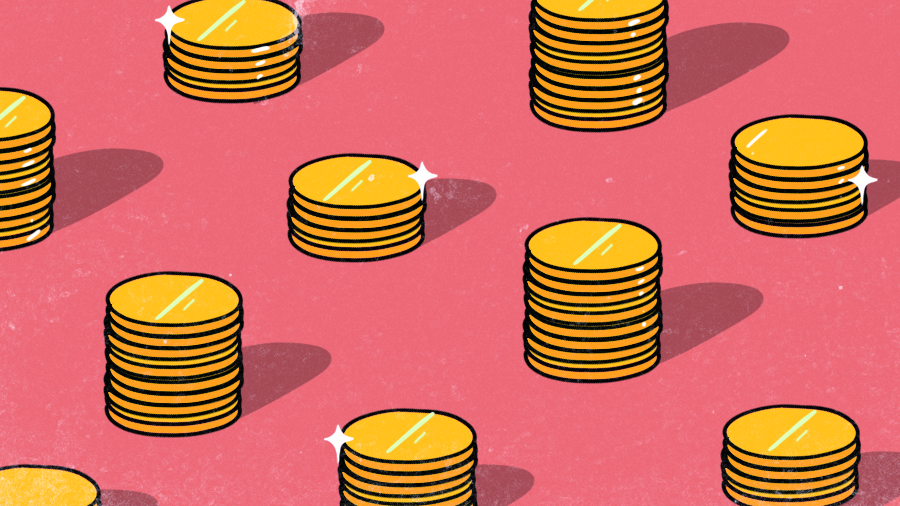 The Palo Alto-based firm is raising new cash to invest in financial technology upstarts around the world.

Freight startup NEXT Trucking laid off 19 percent of its staff earlier this month, the company confirmed.

Stoplight, which describes itself as an online platform that helps developers build, test and improve their web APIs, has closed on a $6 million…

The 3-year-old startup is being compared to Airbnb and Uber by its investors.

The filing states that no capital has yet been raised, but it’s also common for investment firms to submit a Form D immediately prior to calling down capital from limited partners.

At $420 million, Fund VI would be equal in size to Fund V, for which Ribbit made its initial filing in September 2018. 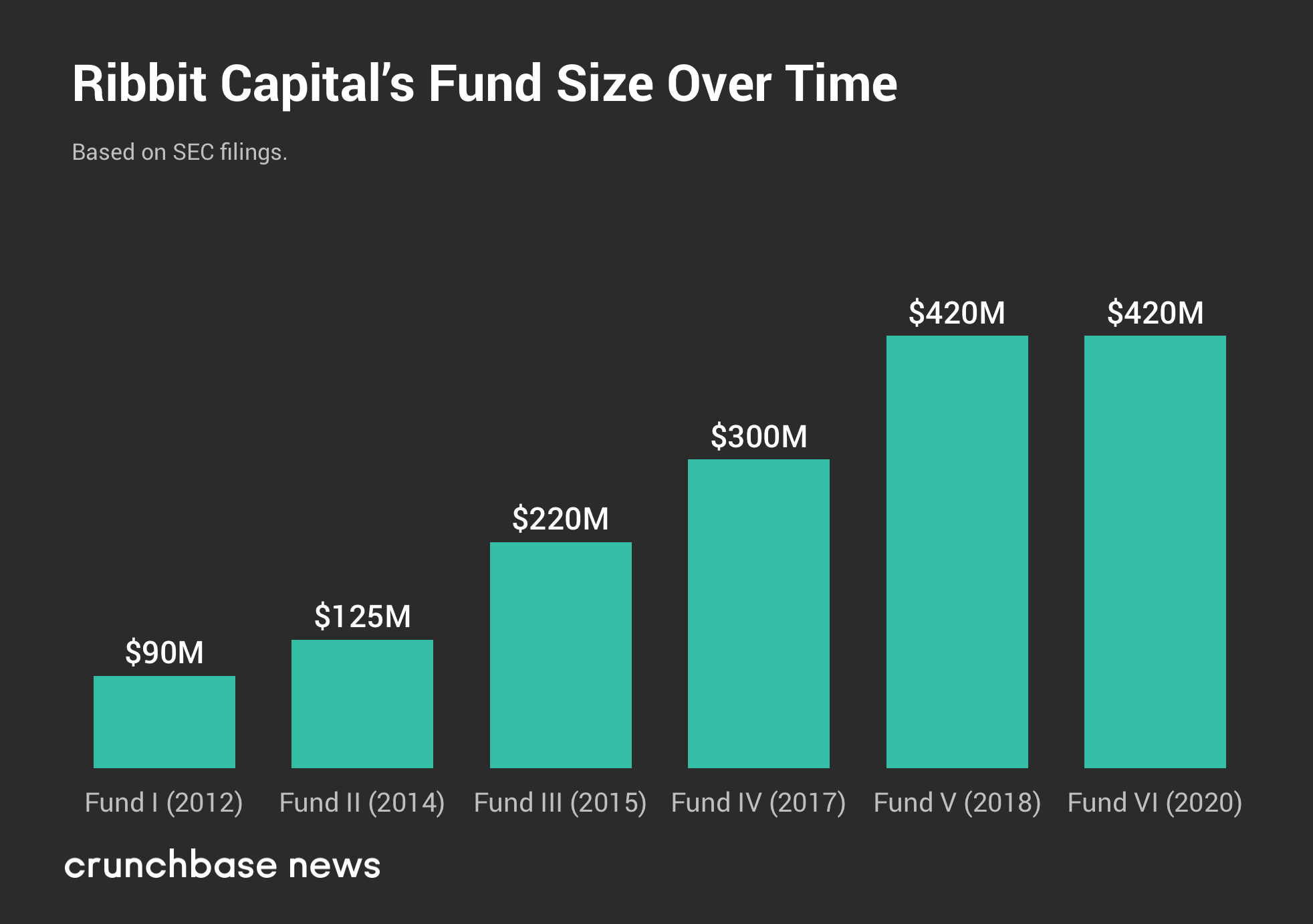 Filings for Ribbit Fund I, Fund II, Fund III, Fund IV and Fund V can be found on the SEC’s website.

The firm intends to raise the new fund from “qualified purchasers,” which are institutional funds and individuals with at least $5 million in deployed investment capital, exempting it from securities registration under Section 3(c)(7) of the Investment Company Act of 1940, as disclosed in the filing.

Ribbit Capital is managed by Meyer “Mickey” Malka. Originally hailing from Venezuela, Malka held founding and leadership roles at a number of financial institutions prior to founding Ribbit in 2012.

The firm invests across multiple sectors, but has a focus on financial technology and marketplace-oriented businesses. Its latest bets include lead investments in a $13.2 million seed round for India-based neobank Epifi (alongside co-lead Sequoia Capital), startup-focused San Francisco-based insurance company Vouch Insurance’s $24.5 million Series A and India-based credit card payment rewards company Cred’s $120 million Series B round (which was also co-led by Sequoia Capital and Gemini Investments).

Crunchbase data lists two exits for the firm so far. Ribbit was a participating investor in London-based lending platform Funding Circle’s later-stage rounds; Funding Circle went public on the London Stock Exchange in September 2018. Ribbit also invested in Cheddar’s Series D round, the last funding closed by the financial news company prior to its acquisition by Altice USA for $200 million.

Ribbit’s managing director Malka is also listed as the director of a seemingly new entity called Bullfrog Capital. Its filing, disclosing intent to raise $500 million from limited partners, was submitted to the SEC minutes before the filing for Ribbit Fund VI went through. No other information is known about the new fund or its strategy at this time.

San Francisco-based 8VC has filed paperwork with the SEC disclosing its intent to raise $640 million for its third flagship venture capital fund.

Stoplight, which describes itself as an online platform that helps developers build, test and improve their web APIs, has closed on a $6 million…

The 3-year-old startup is being compared to Airbnb and Uber by its investors.

Close to $10 billion was invested in privacy and security companies in 2019, an all time high in the last decade up more than five-fold from $1.7…