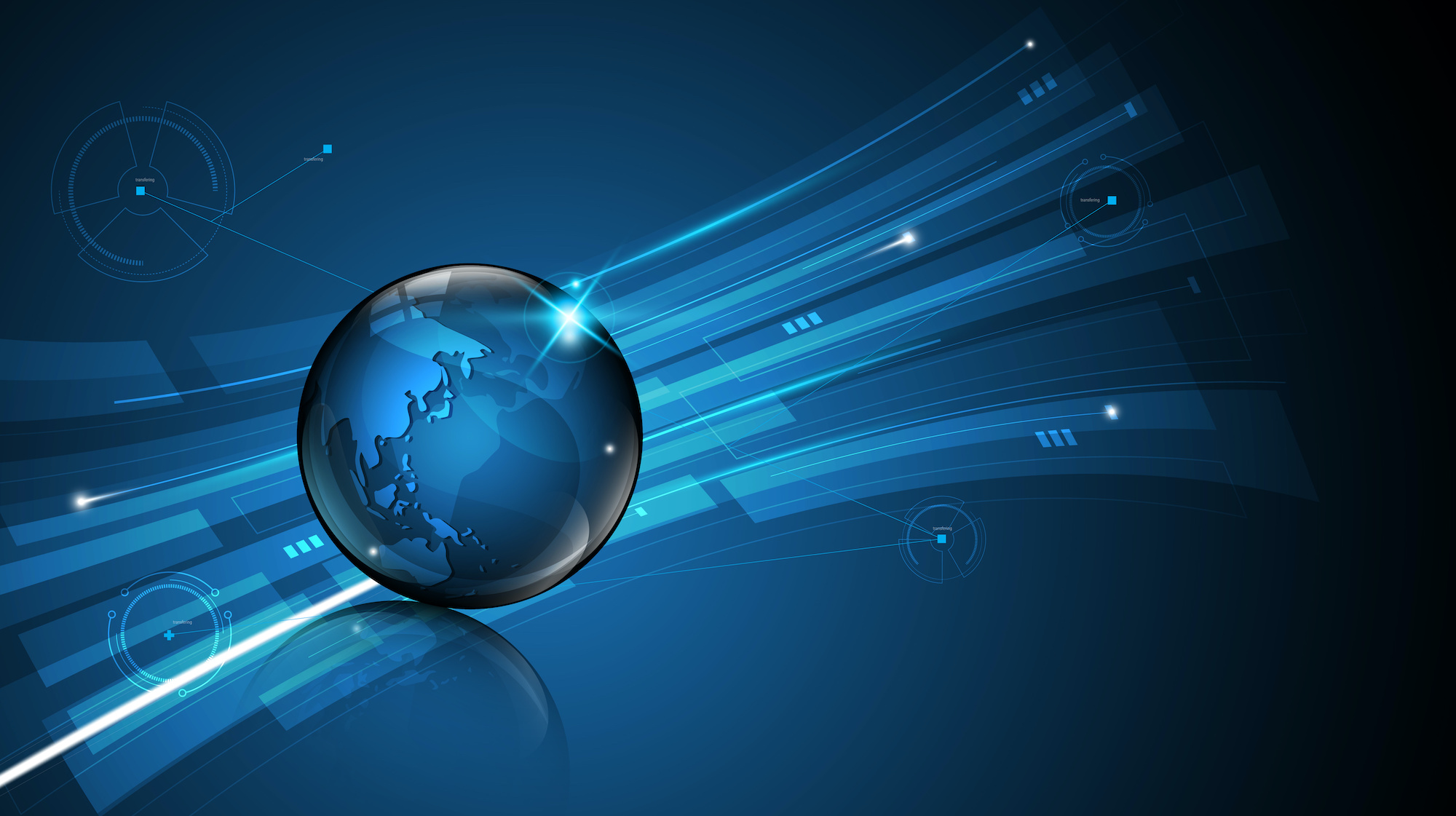 This story appears in the
April 2020
issue of
Entrepreneur. Subscribe »

“There is a before,” says Dany Garcia, “and there is an after.”Here is before. It’s around 1998, and at the time, Dwayne “the Rock” Johnson is a burgeoning wrestler in the WWE. Garcia is about halfway through a career at Merrill Lynch. They are newly married, eating dinner at a restaurant, and discussing Johnson’s path. “I was having a little bit of a challenging time turning the corner in terms of my fame,” recalls Johnson, “because I just, by default, am more reclusive and quiet. And I also can’t hide.”Let’s be clear: He can’t hide because he’s enormous. His biceps, then and now, are the size of other men’s heads. People were recognizing him from across airports and creating a mob scene. So, sure, he had fame, but it seemed chaotic and uncontrolled, and not advancing his ultimate goal. He didn’t just want to be famous. He wanted to be…bigger than that. More meaningful than that. But how?Johnson and Garcia were talking this over at their table when another couple approached. The people were shaking nervously. “Excuse me,” they … 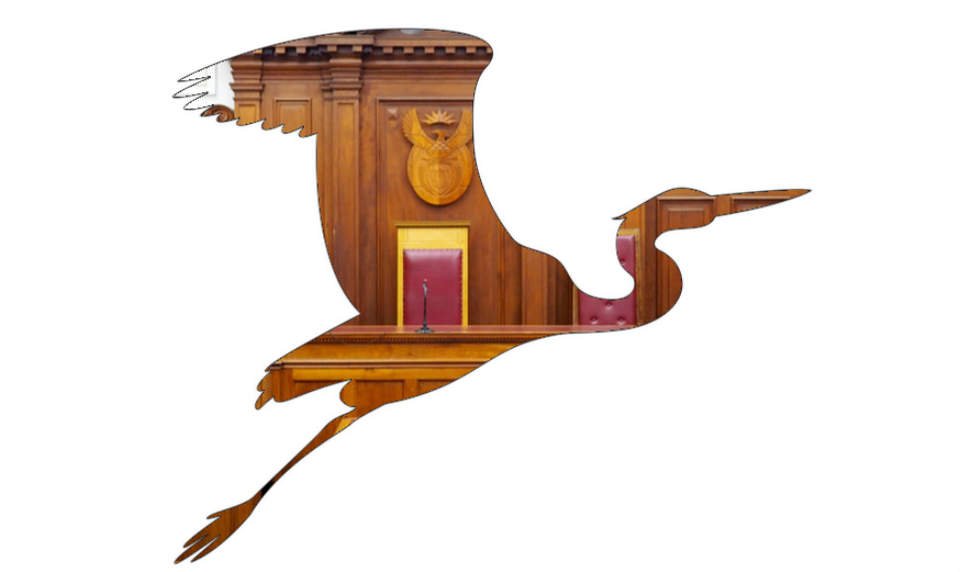 A great blue heron walks slowly on long legs. A loud splash just might signal the presence of an endangered lake sturgeon. At the headwaters of the Great Lakes, North America’s largest freshwater estuary teems with life. This place called Gichigami-ziibi in native Anishinaabemowin — the St. Louis River in English — is rich in biodiversity and an important place for migratory birds and native fish.

This body of water in Duluth, Minnesota, is also rich in challenges. Forty years ago, U.S. Steel left behind what has been called the “most widely contaminated” Superfund site in the Rust Belt, where it’s still not safe to eat the fish or swim in the water. Currently over $300 million is being invested into restoration. At the same time, concerned citizens worry that upstream the same river is threatened by two proposed projects: an open-pit copper-nickel mine that would store hazardous waste in an already aging and leaking dam; and an oil pipeline that would bring the ongoing threat of spills.

The stakes are high, especially as the St. Louis River feeds Lake Superior, which holds 10 percent of our entire world’s fresh surface water.

Forty years ago, U.S. Steel left behind what has been called the ‘most widely contaminated’ Superfund site in the Rust Belt.

In August, a group of citizens met in Duluth to learn about an unconventional strategy that could protect this place and potentially change its story going forward. Rights of Nature is a growing international movement that recognizes species and ecosystems not simply as resources for humans to use, but as living entities with rights of their own. Twenty people from different backgrounds attended the gathering: activists and organizers, grandmothers, a Catholic priest and an indigenous elder, each with their own concerns about the ecosystem. Now community members are working on a ballot initiative for 2020 to recognize rights of the estuary.

This way of seeing the natural world is fundamental to many indigenous worldviews. If Rights of Nature finds a place in Western law, it could transform our ability to protect nature.

Rights of Nature attempts to incorporate indigenous worldviews into the Western legal framework.

For example, people in Duluth who are concerned about mercury, asbestos, cadmium, lead and arsenic ending up in their drinking water as a result of the proposed copper-nickel mine upstream are funneled toward the state regulatory system, where their primary recourse is to comment on the project’s Environmental Impact Statement, fight permits in court and struggle to uphold pollution standards. But the regulatory system defines what, where and how much pollution is allowed, not if the pollution is allowed. By recognizing the rights of nature, the community can make protecting the ecosystem the top order of business.

“The American legal system has been flexible enough to expand rights and legal personhood to slaves, women, children and corporations,” then–University of California, Berkeley, law student Allison Katherine Athens wrote in Ecology Law Quarterly in 2018. That, Athens wrote, sets a precedent for expanding who and what has rights.

Second, Rights of Nature laws are enforced differently from other environmental protections. When a community bill of rights is adopted into law, it designates a guardian to enforce the rights of an ecosystem. Duluth residents would be the guardians, who then could take action to ensure that the estuary’s legal rights are upheld.

A third key difference is that Rights of Nature attempts to incorporate indigenous worldviews into the Western legal framework. In the Anishinaabe cosmology, Mother Earth comes before people, and there’s a responsibility to care for rivers because they are her veins. It’s a worldview that includes reciprocity between humans and nature, rather than a hierarchy that places humans above nature — and some humans above other humans.

This shift in worldview means treating both nature and indigenous peoples differently, including honoring Native leadership. In order for it to be truly different from other environmental protections, the movement for Rights of Nature will need to have “genuine indigenous voices, thought and leadership,” says Anishinaabe elder Ricky DeFoe. DeFoe says this begins with “each of us doing the work to decolonize our own minds.”

“If you’re going to be an ally,” he says, “stand behind us, beside us. We have our own speakers, orators, scholars, thinkers.”

The Rights of Nature concept has been gaining ground over the past decade. Ecuador wrote rights-based protection of nature into its constitution in 2008, so that any citizen can go to court on behalf of nature.

This challenges the belief that nature is property, and the idea that state and federal laws prevail over local governance.

In New Zealand, the indigenous Māori people worked with the government to establish rights for the Whanganui River (PDF). As a result of the law passed in 2017, the river can be represented in court by a governing body made up of two appointed representatives; one from the Māori and one from the national government. For Māori leaders, this is more than a legal win: It is the beginning of a process of regaining the reciprocal relationship with the river that was lost in colonization.

In the United States, Linzey says, some three dozen communities in Oregon, California, Ohio, New Mexico, Colorado, Virginia, Pennsylvania, New York and New Hampshire have laws that acknowledge legally enforceable rights for ecosystems: the right to exist, flourish, thrive and regenerate. In addition, communities such as Toledo, Ohio; Grant Township in Pennsylvania, and Pittsburgh are adopting bills of rights that establish the right to local self-government, the right to a healthy environment, the right to clean water and protection for the local environment. This challenges the belief that nature is property, and the idea that state and federal laws prevail over local governance.

The world’s first legal test of the Rights of Nature approach took place in Ecuador in 2011.

In Minnesota in 2018, the White Earth Band of Ojibwe passed a law in tribal court protecting the rights of manoomin (wild rice), the first law in the world recognizing that a specific species has rights. If the city of Duluth decides to acknowledge the existence of the rights of the St. Louis River Estuary and the wild rice that grows there, it would be the first U.S. municipality to recognize rights for an estuary through local law, by amending the city charter.

Not everyone, of course, agrees with the Rights of Nature approach. Some argue that nature is an object and should not have rights. Others contend we should fix how we apply rights law to humans before bringing nature into the picture.

Where it has been adopted, the approach has met with mixed success. The world’s first legal test of the Rights of Nature approach took place in Ecuador in 2011. The Provincial Court of Justice of Loja ruled in favor of the Vilcabamba River as a plaintiff on the basis that the river has the right to flow and be healthy.

In the U.S., Lake Erie gained legally enforceable rights for nature in 2019 through a citizen group called Toledoans for Safe Water. However, Drewes Farms Partnership, an Ohio agribusiness, is challenging the law, contending that the city of Toledo didn’t have the authority to adopt it. Some environmentalists worry that even if the law stands, the designated guardian may not have the resources to defend it, especially when faced with corporations that have much more money to dedicate to a lawsuit.

However it plays out, Rights of Nature offers a potentially transformative approach to environmental advocacy by offering an enhanced potential for alliance and coalition building. Currently, environmental battles are often fought on a case-by-case basis, with individuals and organizations lining up with a specific cause, rather than pursuing the bigger aim of protecting an ecosystem as a whole, now and into the future. By bringing together people who have previously worked separately to protect not only against the next looming threat, but to establish rights that can be enforced into the future, Rights of Nature could open the door to a whole new world of environmental protection.

DeFoe says that’s the beautiful part — the connections and community that come from doing this work together. “We can each have our own focus,” he says, “with the same goal: Life. Clean water.”