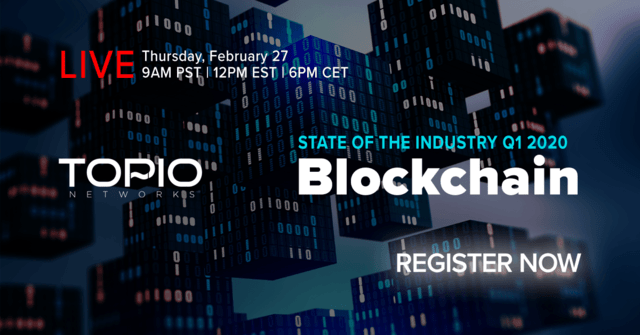 To say a lot happened this past week would be is an understatement. It seems that 2020 has no intention of slowing down based on all the recent happenings of the blockchain, DApps & DLT landscapes. Let’s take a deep breath and calmly try to go through it all. Beginning with Steemit announcing a shift (blockchain and token) to the Tron Network. bZx, the eighth-largest DeFi project according to DeFi Pulse, suffered two attacks last weekend netting roughly $1m USD following the intro of “flash loans.” — I’ve included plenty of great overviews about this and its overall impact. Visa has granted Coinbase the power to issue Bitcoin debit cards. Japanese official calls for urgent development of digital Yen to counter China. Forbes released its second annual Blockchain 50 list representing enterprises that are embracing the technology. BitGo gains entry to the digital securities world through the acquisition of Harbor. Social network Voice opens to beta users, DApp Audius is featured in the Apple Store, Enjin launches game development platform on Ethereum. Not to be outdone, we have updates from JPMorgan’s continued talks about merging Quorum with ConsenSys, Libra, Deutsche Telekom, Telefonica and Orange, and surprisingly so much more.

I even found room to cram in plenty of research (Q4 2019 Blockchain Landscape & DApps Landscape — UPDATE coming February 27th, 2020) & books (on Digital Assets & Enterprise Blockchain) along with insights on venture capital (new funds + M&A activity!!), infrastructure, DApps, Bitcoin, Economics, Exchanges, and Stablecoins. For MORE and to keep you up to speed, here’s a snapshot of the top stories this week around the industry.

📈 Steemit to Shift Its Proprietary Blockchain and Token to Tron Network

Steemit, blockchain-based blogging & social networking website, has entered into a partnership with cryptocurrency firm, The Tron Foundation. The strategic partnership will enable the company to shift the old Steem (STEEM) token to a new STEEM token based on the Tron blockchain. The collaboration will also complement the existing TRX users with the new Tron-based STEEM token as well as a new accelerator program towards the developer community…read more

JPMorgan is in talks to merge its marquee blockchain unit Quorum with Brooklyn-based startup ConsenSys.The deal is likely to be announced within the next six months, but financial terms are still unclear. JPMorgan said it would use Quorum to issue a digital currency called JPMorgan Coin that JPM designed to make instant payments using blockchain. The company stated the merger with ConsenSys was chosen as the best path forward as both organizations work with Ethereum and have had joint initiatives in the past…read more

📖 What Changed? Enterprise Blockchain Startups Are All Of A Sudden Cool

Ethereum is up 102.89 percent year-to-date, while Bitcoin and Ripple are up 34 percent and 46 percent, respectively. These are all positive numbers for the sentiment in the blockchain ecosystem, but something else is creating a positive trend too, and that is the amount of established companies and institutions heavily investing in enterprise blockchain companies. This comes as a surprise for some as they still think that the blockchain space is too new or that it’s not solving real issues, but the validation received from Google, Samsung, Wells Fargo, and Salesforce speaks loudly…read more and for more by Biser Dimitrov

bZx (bZx Team), the eighth-largest decentralized finance project according to DeFi Pulse, suffered two attacks last weekend following the introduction of “flash loans,” a new DeFi feature that limits a trader’s risk while improving the upside. Led by CEO Tom Bean, the bZx team was attending ETHDenver, a major ethereum conference in Colorado’s capital, on Friday when an unknown attacker drained about $350,000 worth of ether from Fulcrum, the startup’s lending platform. As a post-mortem from the firm describes, the attacker took advantage of pricing data and a bug within the bZx protocol’s code to secure the payout…read more

Credit card giant Visa has granted its principal membership to a cryptocurrency company for the first time. Officially awarded to cryptocurrency exchange Coinbase in December 2019, however, was not revealed to the public until February 2020, the membership cuts out a crucial, and expensive middleman from the process of issuing a debit card that lets users spend their own bitcoin, ether & XRP anywhere Visa is accepted…read more

According to Liberal Democratic Party Lawmaker Kozo Yamamoto, Japan should create its own digital Yen currency in the next two to three years. The need to develop a digital Yen is to counter regional rival China’s attempt to issue its own cryptocurrency. He remarked the inclusion of Central Bank Digital Currency (CBDC) in the government’s mid-year policy guidelines, followed by a similar proposal from Minister Akira Amari…read more

Privately-run, smaller businesses are among the hardest hit by the virus’s disruptions. China’s foreign exchange regulator launched the “cross-border finance blockchain services platform pilot” in March 2019. As of Feb. 3, it had processed $15.9 billion in loans to nearly 2,500 businesses, three-fourths of which were medium and mid-sized enterprises. “The cross-border financial blockchain services platform can play a bigger role, and help small enterprises improve the efficiency and convenience of getting export trade financing and other financial credit support,” said Henry Ma, chief information officer at WeBank…read more

On February 14th [2020], Voice launch with its initial rollout of beta invitations. Fred Krueger pulls back the curtains on what we know so far…read more

The team at HedgeTrade this week released their list of the “ most promising female entrepreneurs in the cryptosphere” Each of which is outstanding and I highly recommend following them. Without any further adieu, the top 10 kicks off with Faith Chimerem Titus (of eWealthAtlantic), joyce kim (of Stellar), Heidi Chakos, Raine Revere, Christine Perry, Naomi Brockwell, Elaine Ou, Leigh Cuen (of Coindesk), Jenia Barkanova (of Skale Networks), and last be not least Camila Russo (of The Defiant)…read more

The team at Forbes has released its second annual Blockchain 50 list representing enterprises that are embracing the technology underlying cryptocurrencies like bitcoin and using it to speed up business processes, increase transparency and potentially save billions of dollars. To qualify, Blockchain 50 members must be generating no less than $1 billion in revenue annually or be valued at $1 billion or more…read more

♎ Libra Minus Facebook: Why Celo Is 2020’s Buzzy Token Project

Polychain CEO Olaf Carlson-Wee said, “In the best case, Celo is WhatsApp for money.” The Celo mobile app has a chance to bring broad swaths of people to the world of blockchain technology and crypto. The team behind cLabs is combining the ethereum and Libra models with a $30 million war chest from the likes of Polychain Capital and Andreessen Horowitz. “We have a real sample merchant to test this project, and we also connect with retailers and restaurants that are interested in Libra. Meanwhile, we plan to launch a digital wallet this year, which Libra will also list as a beta version,” Dighton-Mason said…read more

📖 This Ethereum-Based dApp Was Just Featured by Apple Store to 4.5 Million Followers

Backed by $5.5 million in venture capital, Audius, an Ethereum-based decentralized application (DApp), has been featured to 4.5 million Apple Store followers. The push from Apple will set the Audius’s DApp on track for mainstream adoption, making it one of the biggest rivals for the leading European online music sharing platform, SoundCloud…read more

📖 Decred, The Resilient Stronghold by Checkmate

Join me on February 27th, 2020 as I share insights on the State of the Blockchain Industry for Q1 2020. We’ll go more into how 2019, quickly became a defining year for the blockchain/DLT landscape. We witnessed a surge of enterprise and government adoption, increased focus on infrastructure, decentralized applications (DApps) & finance (DeFi), along with the building anticipation of 2020.

This new decade is due to be the landscape’s most significant yet with massive planned releases (Libra, Digital Currencies, Protocols, etc.), infrastructure improvements throughout, and a tipping point for initial consumer adoption. Furthermore, I’ll go in-depth on the overall state of the industry, change from 2019 through Q1 2020, and provide you with a roadmap to navigate the rapidly emerging decentralized future successfully — along with your top questions.

Don’t want to wait until next week, Subscribe Now 📥 for real-time industry insights around Blockchain, DApps, and more!