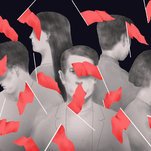 Exhausted medical workers with faces lined from hours of wearing goggles and surgical masks. Women with shaved heads, a gesture of devotion. Retirees who donate their life savings anonymously in government offices.

Beijing is tapping its old propaganda playbook as it battles the relentless coronavirus outbreak, the biggest challenge to its legitimacy in decades. State media is filling smartphones and airwaves with images and tales of unity and sacrifice aimed at uniting the people behind Beijing’s rule. It even briefly offered up cartoon mascots named Jiangshan Jiao and Hongqi Man, characters meant to stir patriotic feelings among the young during the crisis.

The problem for China’s leaders: This time, it isn’t working so well.

Online, people are openly criticizing state media. They have harshly condemned stories of individual sacrifice when front-line medical personnel still lack basic supplies like masks. They shouted down Jiangshan Jiao and Hongqi Man. They have heaped scorn on images of the women with shaved heads, asking whether the women were pressured to do it and wondering why similar images of men weren’t appearing.

One critical blog post was titled “News Coverage Should Stop Turning a Funeral Into a Wedding.”

Daisy Zhao, 23, a Beijing resident, said she once trusted the official media. Now she fumes over the reports that labeled eight medical workers who tried to warn about the coronavirus threat as rumormongers. Images and videos of their public reprimand have been widely shared online.

“The official media,” Ms. Zhao said, “has lost a lot of credibility.”

China’s propaganda machine, an increasingly sophisticated operation that has helped the Communist Party stay in power for decades, is facing one of its biggest challenges.

The government was slow to disclose the threat of the coronavirus and worked to suppress the voices of those who tried to warn the country. In doing so, it undermined its implicit deal with its people, in which they trade away their individual rights for the promise of security.

To tame public outrage, Beijing is determined to create a “good public opinion environment.” It has sent hundreds of state-sponsored journalists to Wuhan and elsewhere to churn out heart-tugging stories about the front-line doctors and nurses and the selfless support from the Chinese public.

China’s propaganda spinners have some tough competition. Chinese people have seen images of a young woman crying “Mom! Mom!” as her mother’s body was driven away. They’ve seen a woman banging a homemade gong from her balcony while begging for a hospital bed. They’ve seen an exhausted nurse breaking down and howling.

And they have all seen the face of Li Wenliang, the doctor who tried to warn China about the very virus that killed him.